McDonaldization in the Petrol Station

Yesterday I went to Abou-Hamour Petrol station to study the effect of McDonaldization in Qatar. I also looked on how aesthetic designs in food outlets affect the way people behave inside them. I start by showing the pictures that I took around the petrol station through a realistic everyday life scenario. 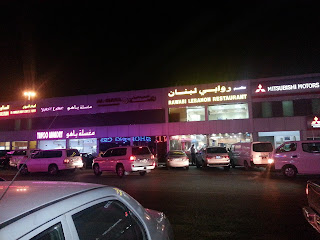 But you can also get some stationary items that you need to compile your final project paper from Wahi El-Kalam Stationary shop. Then get some Lebanese shawarma from Kanari El-Sham, Istanbul Sultan Dining Restaurant or Rawabi Lebanon. 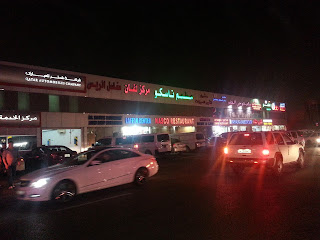 If you live at the dorms you may want to buy some house keeping items and some vegetables from the Grocery store. Indeed, Grand Shopping Center has all of this for you. 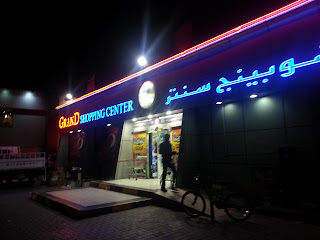 Your car service is not over yet and you remembered that your roommates wanted some fast food. Don't worry! there are all the options of globalized food outlets including McDonald's, Burger King, Hardees, Subway, Pizza Hut, KFC, Papa Johns and Baskin Robbins. 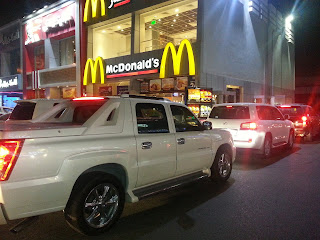 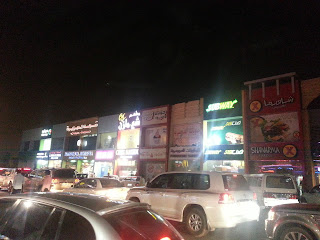 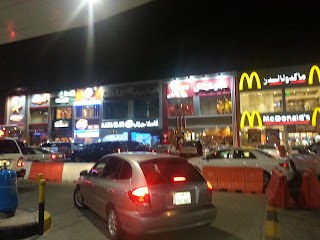 Your car is over now, but it isn't washed from the outside, and you want to wash it. Very easy! just leave it for fifteen minutes in the car wash shop in the same petrol station. 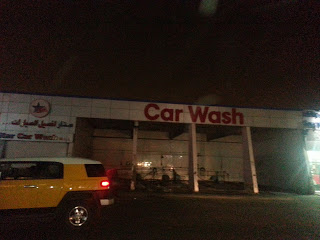 While your car is being washed, you can spend the time at Al-Fanatir Saloon which is a barber shop to get a haircut in preparation for the presentation you will give the following day. 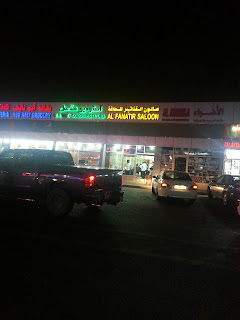 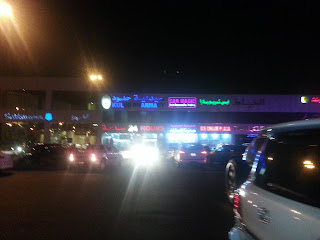 First, efficiency meaning the optimum method of completing a task using the best modes of production. In efficiency individuality is not allowed. In the petrol station most of the restaurants had the bread and its content already made and prepared and all what they do to prepare a sandwich was that they put them together in five minutes. In another perspective the petrol station is efficient in the sense that it provides all what an individual may ever need for their home. Its not only about filling the car with gas, its also about completing household requirements as I mentioned in the scenario above. If these restaurants were scattered around in the same area but spaced away in such a regime that while you are entering one outlet you won't see the other outlets, none of the outlets would have been optimizing their sales. Therefore, the way the petrol station is built in a structure that is optimum at increasing sales of the petrol station as a whole by allowing people to buy from the different outlets by the process of impulse buying. Statistics show that 70% of fast food purchases are impulse buys. Its just like the candy displayed at the cash register in a super market but on a larger scale. 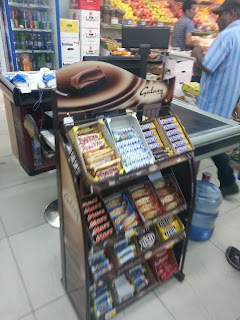 The second dimension is calculation, which is an assessment of outcomes based on quantifiable rather than subjective criteria. McDonaldized organizations tend to favor quantity over quality. In such a tight place with all these outlets in one petrol station you may wonder about the quality. Of course having all these shops in one small area increases the bottom-line value, which is the total accounting revenue. However, when it comes to the quality of service in the petrol station itself you cant help noticing the drawbacks. First with this huge number of shops the petrol station is not air-conditioned, but who would air-condition a petrol station anyways? The petrol station organization have created a structure that looks like a mall where you get around with your own air-conditioned car. Hence, they save themselves the cost of ventilating the hallways in front of the shops. The second drawback is the congestion that is persistent most of the day as many people like to stop by to get food, fill their fuel tanks or service their cars. The huge congestion is usually due to many people waiting in their air conditioned cars for their orders rather than wait outside during the hot afternoon or inside the tight shops. 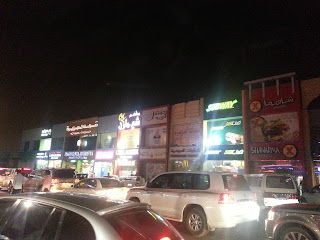 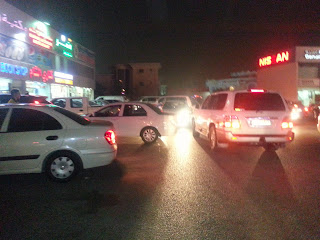 Finally, control is the substitution of less predictable human labor with more predictable non-human labor. For this aspect I looked into the service center of Mitsubishi and I couldn't help noticing how automated car services have gotten. The whole service center runs on one employee who takes the order and runs the cash register, and two workers who service the cars. Similarly in most of the food outlets all the cooked food that serves hundreds of people, passing by everyday, can be prepared by a maximum of five people in the whole shop due to new technologies.

In examining the aesthetic look, most of those outlets preferred customers who just pass by to buy and that's it. For example, I went to buy lamb shawarma from Chez Mazen and took some pictures. 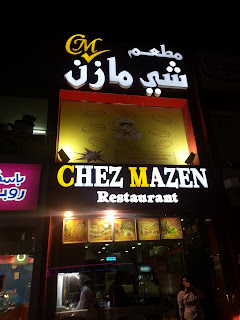 Inside the shop I couldn't stand the heat of the shop as the kitchen and the cash register were in one location. While I order I was tortured by the hot grilling shawarma that I had to wait outside of the shop while my order gets ready. 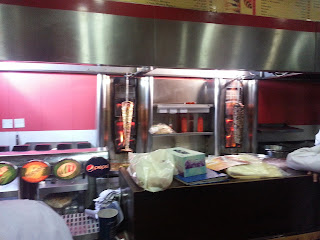 Even if you are able to stand the heat, they still don't want you in their shop for too long either. They have exactly six awkwardly located chairs that face the kitchen and are extremely uncomfortable. 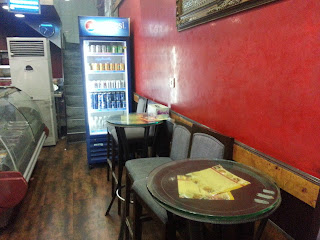 Aesthetics are the ways in which people communicate and express themselves through sight, sound, smell, taste and touch. Many shops are designed in a way to attract certain customers, they also set the behavior that a consumer needs to follow inside their restaurant through aesthetics. In Chez Mazen the kitchen and the cash register were in the same location because of the high cost of an outlet there. However, it serves the restaurant in two ways: first customers see what happens in the kitchen and are convinced that workers are transparent in producing their food. Secondly, the heat coming out from the Shawerma grill plus the very uncomfortable chairs force the customers to buy and leave and not sit to eat and take up valuable space. The smell of shawarma being smelled from outside can make your stomach rumble and get you in to eat.
Posted by Unknown at 3:04 PM