Today I decided to go to a casual café, one that is considered a place where middle-class people go. I wanted to analyze it using the dramaturgy theory. This theory states that organizations can be examined like plays or movies. They have a setting, actors, roles, an audience, forestage and backstage behaviors. I went to a café called Bayt Al-Shami.

I observed peoples’ behaviors, the customers, and the waiters. I listened in on their conversations and I observed their behaviors.

In Grazian’s chapter about interaction theory, he talks about the fact that culture is determined by the social contexts in which we interact with others.

In a cultural context such as the one I was in today, there are certain norms and behaviors I expected to see, and others I didn’t expect to see. For example I expected to see middle-class people, behave moderately classy, yet not as classy as what I would expect someone to behave in a hotel. The norm would be for them to, not yell in the middle of the restaurant, yet not whisper in order for them to be classy.

The setting was a very regular setting, casual middle-eastern seating, low Arabic music playing in the background, and mixed gendered groups of people sitting together, whether they were friends or family. 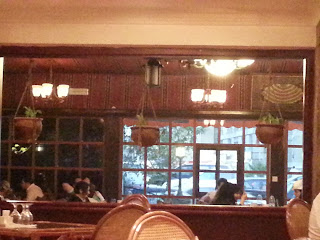 The front stage behavior, which is the behavior that takes place where it is visible to the audience, i.e. the customers in the restaurant, was also very predictable. People are socialized to act a certain way based on the setting they are in, and for a place like this, it was normal to see children running around, and people occasionally getting loud. 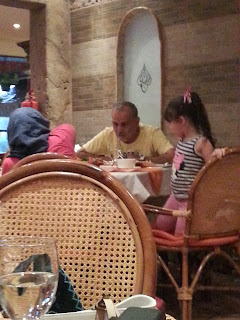 As for the waiters, they’re expected to occasionally hover, to be polite, however, they’re not expected to be as professional as classy as waiters are in a hotel restaurant, and not as trashy as they are in a cheap “guy sheesha” places. Which is also what I observed in the front stage. 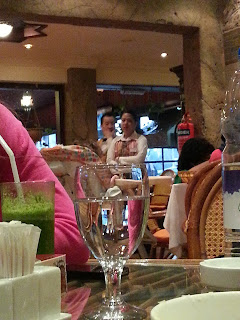 The back stage behavior was particularly interesting. I got close to the kitchen area and snapped a few pictures hoping one of them would be slightly clear, and I hovered a little to listen in on their conversations. 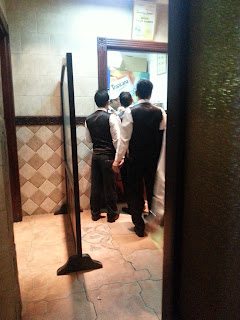 Some were yelling, some were laughing really loudly, and one of them was sing Baby for Justin Bieber, as his friends were huddled around him.

The drastic change between front stage and back stage definitely proved that the setting really does determine peoples’ behaviors.