When I was younger, I had a Croatian neighbor. She lived right across the street. Everyday, she would come to my house to have some authentic “Arabic bread”, and then we would cross the street to her house to have some authentic “Western toast”. That way everyday we both have had something to eat from the other persons culture. As cheesy and factually incorrect as that is, we were very young, so I wouldn’t judge or laugh at me if I were you… but anyway, remembering that story now, makes me realize that even as children, we would classify objects with authenticity.

So I decided to go to a bakery and ask people their opinion on the authenticity of bread, and what they think is authentic “Arabic bread”, or authentic “Western bread”. 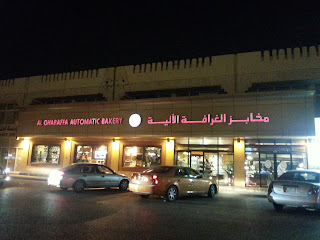 As I walked into the store I observed where each type of bread was displayed. The burger bun and hotdog bun were displayed right next to each other, and the thin, round Arabic bread was displayed on another side. Which already shows some kind of differentiation. 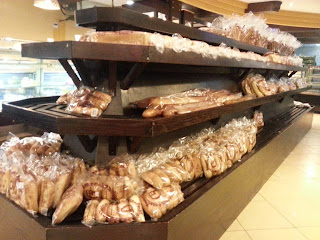 I found a Muslim, Arab women there, and decided to ask her opinion on the matter. I asked her what she defines as authentic Arabic bread, and why, and what she classifies the other types of bread as. She pointed to the thin round bread and said, this is our bread, this is what authentic Arabic bread is. Her reasoning behind that was the following exact quote: “This is what my mother used to bring home to us ever since I was a little girl, I grew up on this, so this is our traditions, the Arab tradition.” 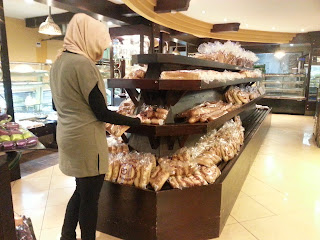 Then she went on to talk about the other types of bread. She generally classified all the rest as “Western”. And said that just because a certain type of bread is classified under a certain culture, doesn’t mean that only that culture is expected to buy it. “I’m buying American bread right now” she said.

It was very interesting to hear this woman’s opinion on authenticity, and how she decided to classify these types of bread and why. Which takes me back to the theory of socialization. She was socialized, her beliefs and authenticity classification, were socialized into her as she grew up, and still have not changed until now. She is 24 years old.