When we look at Qatar, there are so many narratives that are a part of the everyday life in the small emirate. One can describe the glamor and sheer flamboyance engulfing the small yet wealthy state. It is an attention-grabbing, hopeful story that would easily blend into the general scene of international cinema. However, a group of Northwestern University-Qatar students are making a short film about the other side of the coin. 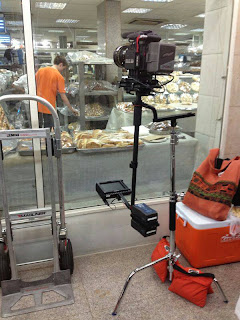 This young bunch is channeling their creative energy in a completely different direction. It is talking about the dream for a better tomorrow which is what most of the expats enter Qatar with. Only this dream is shattered to pieces. Jaser Al-Agha, the director of the film under the production of Menna Kamel are telling us the story of a young man from Syria with that dream of a better tomorrow. The main character leaves Syria in hope to provide for his family by opening a garage in Qatar in order to make more money. It takes us through the touching story of separation from the homeland and his family and the disappointment in Qatar. His life is nothing like he imagined; his dream of a better tomorrow turned into a nightmare of the present. I will not unveil too many details of the story as I recommend you to see this great film named Mitl El Aarous or Good as New . 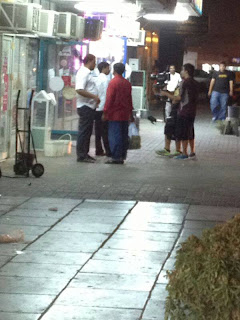 In my humble opinion, the crew is creating an outstanding authentic narrative which represents a more realistic picture of Qatar. It is authentic on various different levels; I will view the levels of authenticity through the definition of Richard Peterson. Firstly, this idea is a true-to-life reproduction; besides the top tier employees in the myriad of companies in Qatar there is a great number of expats who do not necessarily live on a high leg. They work hard for their money and encounter various difficulties that are unimaginable to us. Also, this is an original idea as I have not seen any films that portray the life of the common man in Qatar; documentaries, shows or any coverage of Qatar shows us the metropolitan skyscrapers and supercars as opposed to men in overhauls working from dawn to dusk. The story is also very current, it describes the hardship of the lower class worker today and puts it into perspective. The enthusiasm and zest that these young people have for this project is refreshing and makes me as an Education City student proud. Their intentions are pure and sincere as I see them working on this project without regard for time or energy. 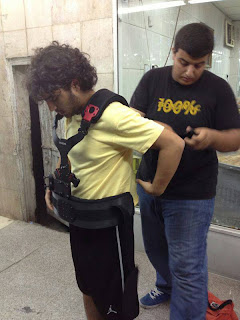 It depends, however, who is watching this movie. The interpretive community or the people who interpret or define some aspect of culture will have differing views about the authenticity of this film. If it is screened to an exclusively Qatari audience, the reaction will be quite different than the one of a group of workers in the industrial area. Also, there may be different takes on the film depending on whether one has ever lived in Qatar or not. Non-Qatari residents may interpret it in one way and Qatari residents regardless of nationality will interpret it in another. In sum, authenticity is a socially constructed concept that defines something as real,true or pure; as an objective viewer I think this story fits the definition and it is something worth thinking about.
Posted by Unknown at 9:21 PM