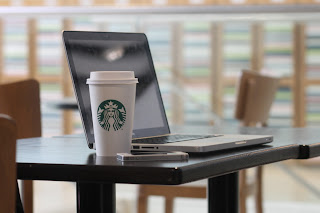 Most people don’t like to watch TV commercials! They’re waste of time and they are not effective. People know that this is just an ad and it is not real! So most people skips ads when they appear on the screen. But if the advertisement was placed on one of the movie scenes it’s hard to skip it! So, brands use product placement to advertise their products in an interesting way and in a way where people can’t skip it. 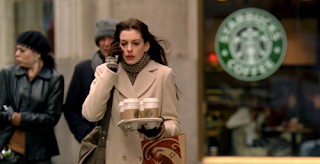 The Devil wears Prada, is a movie that was directed by David Frankel and released on 2006. It talks about Andrea as a Northwestern graduate that goes to New York and work for the most powerful fashion magazine. She worked as a co-assistant for Miranda Priestly, the icy editor-in-chief. In the movie Andrea had to run to Starbucks everyday to get Miranda a cup of coffee. And if you are wondering why does Starbucks choice The Devil wears Prada, simply because it is associated with many other big brands and this is the image that
Starbucks wants to create about itself! Another thing is that, Vogue editor Anna Wintour inspired Miranda’s character, and by getting her a Cup of coffee from Starbucks everyday is a very influential way of advertising. 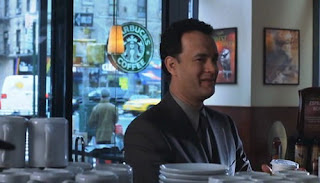 In the movie you’ve got mail Starbucks attempt to popularize the verity of choices they have there! In addition to that they are trying to highlight the fact that both high-ranking businessmen and little shop owners they both are alike and this is when Kathleen and Joe will meet at Starbucks. This movie has done a great job of advertising the image Starbucks wants to create about itself. Because the time Kathleen and Joe have spent together have led them to fall in love.